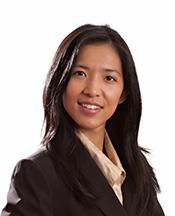 Kimvalrie S. Neal (a.k.a. Kim Wang-Neal) is a New York State licensed attorney, specializing in Asset Protection and Estate Planning. Kim is committed to providing personalized legal service at the concierge level, accompanying clients throughout the process. She formed a law firm, The Neal Group, LLC, with a mission to team up with outstanding legal experts and provide top legal services. The firm's clients are mainly small business owners based in New York and New Jersey and immigrant families from all walks of life.

After receiving her LL.B. from National Taiwan University in 2001, Kim collaborated with leading international organizations in advocating for children's rights. In 2008, her achievements in her early career won her the most prestigious scholarship from New York University's Wagner School of Public Service. She completed her M.P.A. program in Public Policy from New York University in 2010. She went on to receive an LL.M. degree from Columbia Law School in 2011. Kim has been a member of New York State Bar Association and a member of its Trusts & Estates Section since 2012.

Kim is fluent in English, Chinese Mandarin and Taiwanese.

English, Mandarin Chinese, Taiwanese,
We are dedicated to providing outstanding legal services and counsel in the areas of Estate Planning, Elder Law and Probate. Every one of our clients is guided to achieve peace of mind by creating a customized legal solution to fit their specific needs. We work diligently and effectively to achieve the right results. Discuss probate, estate planning and elder care matters with a knowledgeable New York lawyer in Queens, also serving the entire New York City metro area and Long Island. Contact us by email or at 347-699-5LAW (5529).